I was in the 12 items or less check out aisle. There was no one in front of me or behind me. I had maybe 18 items and a few were large. And I had a three year old with me. I went for it and unloaded my cart. The high school age check out gal waited until we were almost done, as my 3 year old was doing something I had to reign in, to tell me that next time I needed to not choose the 12 item line with this much stuff. And when she said it, she was eyeballing the line that had formed behind me. I said nothing as I went ahead and paid but it really really got to me.

Later I would think I should have turned to the line and apologized to them for any inconvenience I had caused them. But that shame shock had me paralyzed. She didn’t want to be blamed and was shifting it onto me. It was uncool and completely human.

Shaming is a device used to deflect the stone throwing mob from yourself to someone else. Someone’s made an uncomfortable comment and you feel that gut niggle. Something’s been said that was meant to push discomfort off of them and onto you and you’re caught off guard because you’re now considering if they’re right. But you’re also feeling mad because they had the nerve to shame you.

Comments made about someone’s weight gain, lack of education, or possible sexual preference can be made to deflect one’s discomfort, seem innocent enough, but they aren’t. And when someone shrieks at me about how can I not do this or not know that, it’s shaming in action. And I’m entitled to my ignorance and weight gain without the judgment of anyone else.

The question is, can it be enough to just say, “that’s not very kind” and “Can you please not shame me”. At a point the table can turn if I’m angry and I want to make you feel the same? Shame on you for trying to shame me. That doesn’t seem the right choice either.

No thank you. I will not agree to that. I’m sorry you feel uncomfortable.

What’s your feeling about this?

Interested in reading my more of my thoughts on Creative Soul Living?

Put your name into the subscription box in the sidebar to the right and subscribe to my bi-weekly posts delivered straight to your emailbox.

Find me on Instagram to view my daily pictures,

I love community, soulful candid conversation, and being in touch.

And as always, thank you for your visit. 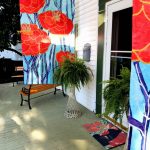 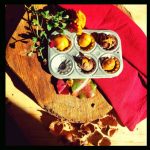 We are the Old People

When I Used to Think Everything Was Mine to Fix

Life’s Goddesses are at Home