I was rolling around doing housework and listening to a chatty DJ the other day. He spewed some statistics on how women get upset when they even think about trying on bathing suits. Well yeah, duh. And then he read the definition of the objectification of women.  “To reduce somebody, or something that is complex and multifaceted, to the status of a simple object.” And I found myself in a familiar upset place.

I have long had “issues” with this when applied to women. It’s understood that women are sexual beings and desirable to men. And that holds certain allure and thrill personally. However, somewhere along the timeline, we women started to accept some flattened simplified images as the soul definition of out worth. And women began to treat themselves and other women as objects.

Obesity, anorexia, and bulimia affect so many young women who suffer severe health problems and risk death for the abuse of food and their bodies. The consequences are horrific and deadly. And the mental agony these women and their families endure is so sad. Easily, we could dismiss this as not our problem.

However, the state of disgust and self-hatred starts somewhere. And each of us has experienced some sort of shame of our female bodies. Girls teased me when I got boobies and had no bra yet. I have been unhappy with the extra weight on my body for most of my life, even when I didn’t have any. And then the girl becomes a woman who has a daughter and it starts all over again.

I’d like to say it’s largely an American problem. People in other countries value the voluptuous curves that women have because they are not men. I would like to suggest that it’s not only an American problem but one created and sustained by American women. Helen what’s-her-face who ran the biggest magazine for the objectification of women in America, has a lot of explaining to do at the pearly gates.

A day ago, I am standing in the grocery store looking at the gossip rag mags in the checkout line. A headline was exclaiming the horror of the female celebrities whose bones are jutting out in the pictures. For once, it wasn’t exclaiming how frighteningly unloveably fat they are but how skeletal they are. These women are damned either way. The magazine editors wouldn’t be writing this crap and selling these images if we women weren’t buying them.

So spend your dollar wisely and tell your daughter you exercise to get healthy, not thin. And let’s all stop using up our precious time with each other talking about how much weight we’ve gained/ lost/ lost in the pass/ intend to lose in the future. It’s just disrespectful of the rest of what we are: mothers, artists, philosophers, humanitarians, and friends. 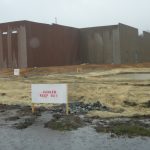 The Store That Shall Not Be Named (Wal-Mart) 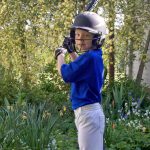