There’s a lot of farmland here on Maryland’s Eastern Shore (we are a state divided by a Bay ergo Eastern and Western). The climate allows for abundant and beautiful produce for its growing seasons.

The Shore’s money was made in a canning industry boom in the early part of the 20th century.  I enjoy watching the farmers in action during the harvesting seasons and the way the fields and farmlands change character with the different crops.

And being able to see over these distances makes you feel expansive inside. As if you can sprawl out into the space and you belong to it and it to you. I grew up in a city and I was used to the claustrophobic anxious jumbled up sprawl that is a city. Plenty to keep your brain busy and your senses piqued.

But once I moved here, although I don’t much like the flatness of it all, I began to appreciate the quiet peacefulness. A sense of returning to the old and honest days, the ways of yore.

A great place to raise children to be sure. As long as you keep them occupied and involved in their life’s interests, away from the TV, and don’t allow them on ATVs. Dangerous those. This is a place where’s there’s one traffic light between me and civilization.

And sometimes I traverse that road once in a week if at all. It’s the Denton/Easton road to the locals. And all but three of these pictures were taken on my journey to drop off my daughter at her Grammy’s house. Story of my day and my life, thanks for reading. 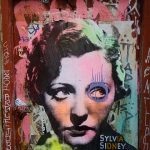 Defining Myself in Negatives