A couple of weeks ago, Winter began to expand its boundaries into some mythical time warp, like the last week of a pregnancy.Reality can be cruel. I used to say that by the time any season has officially arrived, we’ve already experienced enough of the upcoming telltale weather to believe it’s truly here. We’ll have a lovely couple days preview of warm weather for Spring and that enables us to put up with the rest of the ridiculous blowy cold stuff. This year, nature made me and my little saying untrue and ridiculous.

Not only did I become an unwitting liar, I also began to feel like a girlfriend of a compulsive liar. But you said you’d never snow again?! I couldn’t bear to hope anymore. Trapped inside my house with a befuddled toddler (she keeps pointing to outside the window), I was forced to endure more Winter masquerading as Spring. For inspiration and a dry happy experience on the last rainy cold Sunday in March, we adventured out with girlfriends to Homestead Gardens, an indoor plant place and decor extravaganza showplace. Then finally, Fiona and I grabbed a stroll last week in search of a nap and some proof that Spring may actually be here despite my cynicism.

The following are the shots I took with my phone on our stroll, squinting in the sunlight and not even knowing if I’d gotten what I was shooting at. I love the volunteer pansy with the weeds in the bricks.

I forgave Spring enough to take pictures but Mark, my husband, is the only one with enough hope to want to garden. Babies prohibit me from having my former enthusiasm for gardening I once had. Hard enough keeping the little being alive without fretting over whether the other stuff is dying. We’ve had some bad luck several years in a row. My rosemary and my rose-bush seem to have been sacrificed to this past Winter. Once burned, twice shy.

Another day outside today. 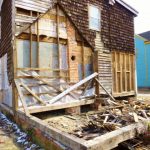 My Name Was Shame 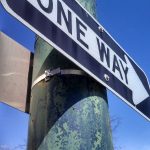