There’s an understanding amongst family that we don’t talk about that. “That”means subjects surroundeing such feelings of shame that uttering the reminder is like stabbing and slapping someone simultaneously. Private, keep out. Not my hair shirt to launder.

We must respect people’s claims to their shames. They have experienced them and it’s just understood it’s theirs not yours. Until I’m included as complicit in someone’s addiction and self-hatred. Then I am infuriated by this request of silence.

Often the only choice in this situation is to either not be around this person and/or tell them you hate seeing them unhappy and you’ll say it every time you see them. Or to tell your own story of shame. This is mine.

I walked into the Police Station to file the report. The building was a beautiful Victorian Gothic behemoth ill-fitted with modern office accommodations. And my legs felt like lead. Hi, I’m here to file a report for spousal abuse, where do I need to go? Here’s the form, sit there.

Like having my soul and body trapped in tar, I was so slow and crushed trying to slog through. The shame was heavier than anything I’d ever felt. The police officers wouldn’t help me the night of the incident because, their words, typically abused women do nothing to follow-up their claims. I needed to go to the station and waste someone else’s time.

There I was, permanently recording for posterity, that I had married an abusive man and then continued to allow this man to verbally and physically assault me.  My name was Shame. After what seemed a century of writing out the details of a couple of events that brought me here, my leaden legs carried me out of the police station that day too.

It would be some time before the marriage would end. He was later arrested for not showing up for his rehabilitation at the House of Ruth. I bailed him out of this too even though I said I never would. It’s not over til it’s over. Or you’re over it. Only when I finally owned my choice to be a victim did I then have the power to choose to leave. Cutting your losses can be the hardest choice ever. And I never wanted to look back. Not until I knew that doing so would mean something. As my baby girl just turned one, it means a lot. Only in owning my bad choices, can I model choosing better ones. 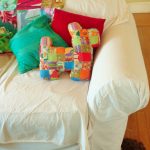 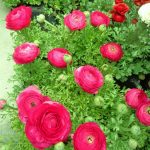