As I have intimated, things are feeling a lot different for me than they used to. Where I was once fueled by my general anxiety about my life, the world, or that look you just gave me, now I’m not so much.

Recent events have really shown the vast difference between the then and now versions of me. There’s the general travel anxiety which wasn’t there on my recent trip to Philly. And the lack of upset I felt at my first submission rejection for my third. I couldn’t tell you I felt anything but an “uh-huh, yup, of course”.

My two other examples of not spazzing out have to do with car incidents. The first included Johnny Law. And the second, today, introduced me to Mr. Roy, his dog Gizmo, and his nice tow truck.

At my house, I don’t do cars. I thought that was an understood when I got married to this husband.  Although I might clean a car, registrations or gas mileage or tire rotations just ain’t my thing. A month ago, I forgot to put my cruise control on as I headed to the soccer game and got nabbed doing 64 in a 50. My mother and my son were both in the car. And I was as cool as a cucumber.

He gives me a ticket but not for the speeding. He said my stickers on my license were wrong. After a bit of research, I figured out I’d been the one to put the doggone stickers on and why wouldn’t you put the 12 over the 11. What do you mean there’s colored ones and black and white ones? What was I doing putting the stickers on anyway? Still, I didn’t cry or shake in front of the nice officer. That was huge.

The second incident was today when I went to turn the key in the ignition of the truck and nothing happened. Husband even told me he’d experienced a moment of this the night before. Best news was the insurance sponsored roadside assistance had been auto deducted. Yeah! So me and my groceries only had to wait 20 minutes before tow truck Roy showed up. He handed my grocery bags down to me at my house on his way to the dealership.

It was the starter that went up. And the timing belt needs replacing while they’re in there. But since I’m planning a return trip to Philly after Easter, it is better it happened now.

Long and not so long ago, I would wince at every perceivable possible glitch in my life. Christmas tree shopping was notoriously the most stressful event of the year, especially, and maybe only, with the ex. Now it’s all easier.

Because of my willingness to have it be less stressful, I take care of phone calls and chores and whatever else pops up more quickly than ever before. Springtime rolls out in front of me and I am here to see it. I’ve probably only got another short 40 years to go in life. I intend to get the most out of life’s perks while I avoid paying the price for the perpetual fear of unknown everything. It’s about time. 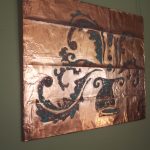 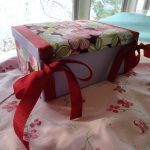