On the celebratory day of Fiona being 3 months old, it’s time to come on out and tell you that I am less than Super Mommy. I know you’ll understand dear reader.  And now I’m gonna out myself.

I just can’t stand it when someone is right about me being wrong. Especially when it comes to my parenting mistakes. A shiver of discontent passes through me even thinking about this.

I went to the pediatrician’s office when Fiona was maybe three weeks, I can’t remember now. And the nice lady doctor was thoroughly checking out Fiona from top to bottom. And when she got to the bottom, she disdainfully noted that Fiona had a little poo left in a crevice or two and I may want to be watchful of the dimple on her back as well. Um, I need glasses perhaps when I go in for the wipe? And, no I didn’t think a careless cleanup could lead to infection that fast. The good doctor also has a way of overstating what a good mother I must be that it’s almost creepy.

Another time, within the same week, another baby health professional and I were chatting about her reflux and I turned to do something and the professional’s arm shot out to make sure the baby didn’t leap off the table. Even though Fiona’s still incapable of rolling over, there’s got to be a constant watchfulness of that future possibility or it will catch you off guard.

Then, I’m in the grocery store waiting for the deli counter to deliver up my shaved bagged meats and cheeses. I have a sleeping baby in the car seat in the cart and I leave her parked and stroll maybe 15 feet over to the bread/TP aisle to pick out paper towels. 30 seconds later, as I’m walking back, an acquaintance walks up and says,” I was thinking about taking you baby but I have two at home and that’s enough”. Insert nervous laugh. I’m busted for negligence and baiting the nappers with my little napper in a nappy.

And my third or fourth infraction was also last week.  I was driving the truck, with my husband up front and Fiona in the back seat, down to her doctor’s appointment. I got behind a slow poke and his follower. And on the longest straight stretch of that road with no one in sight, I punch it and passed them. My husband says he would never have taken that chance with the baby in the car. And, although I saw nothing wrong, he is the other parent. And they have trump power.

If it’s on behalf of the good of the child, I suppose I would always encourage the truth, even at the cost of my ego. And then there are times when people say things just to be better than you. And there are times when we all could use to suppress the very first thought that pops into our heads. Mothers are already over sensitive beasts you know. At least she gets a bath every day, almost. And I have a baby monitor on at night to hear every little gruffle and snarfle. And I had her vaccinated today. I’m at least smart enough to bring the husband to endure the shot thing while I went out to the car. Doing my best, letting go of the rest. 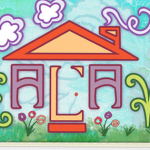 The Many Faces of Fiona

I Can’t Fix My Body

No Locks on Our Family Doors