Recently I attempted something I haven’t in a while. I made raviolis. It was a special pre-Christmas dinner for our lovely neighbors, Ray and Mary. Mary continues to tell the story of how I’d made fresh pasta for her one Summer and fresh tomato sauce from our combined garden tomatoes and she’s spoiled to all other pasta. I know how she feels.

Making homemade egg pasta is not that difficult. The pasta machine does all the work for you. If you have a little boy who loves to crank, that’s the rest of the work. Unless he’s feeling obstinate. I found a pasta dough recipe for you here. The recipe is correct. There’s a video I haven’t watched. I knead the dough half as much as suggested though. Don’t take me for an overachiever.

I made two kinds of raviolis. One was butternut squash, ricotta.and a little Parmesan cheese. This was really yummy. The second was a combination of chicken breast, Italian sausage, a little ricotta and Parmesan. Plain chicken is too bland. Blend ingredients in Cuisinart and you’ve got ravioli filling and baby food all in one.

The addition of semolina flour to the plain old white flour is a tricky proportional thing. My first batch turned out too stiff. That’s the yellow blob above. Oops. So I tried again. Maybe not a half and half proportion. Maybe one-third semolina to two-thirds white flour. The eggs take on as much flour as they can with maybe a little flour left over.

I had forgotten however, that the raviolis are a different breed. I didn’t consider the thickness of the pasta as I was pressing the two pieces together to make the gargantuan raviolis. (Of course, there’s a ravioli presser attachment that I have never tried to use.) So they took a very long time to cook and more than a few blew their insides into the cooking water. They were delicious all the same. And the blown ones made a great chicken soup. Because these are homemade noodles after all.

I served them with a tomato cream sauce hopped up with vermouth, real balsamic vinegar which is sweet, and red wine. The more expensive tomatoes were bland! Booze makes everything yummy. I was aiming for a sweet and sour rose sauce. I succeeded.

There are a few raviolis in the freezer awaiting their turn to be eaten. I absolutely suggest buying these in the refrigerator section of your local Italian grocery store if you have no inclination to make them yourself. They are well worth the money. I’ll also entertain anyone who wants a live kitchen lesson. Your kitchen or mine. 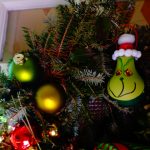 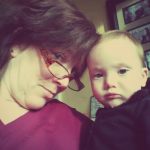 The Truth For Her

Life’s Goddesses are at Home