This is a piece I published on Divine Caroline two and a half years ago. Back when Eamon was an only child.  My son is nearly nine now but I always liked this piece. So enjoy the rebroad.

I really hope my six-year-old turns out sweet and functional. I am doubtful, especially when I realize my humanity will be to blame for his dysfunction. Never have I been so aggravated or heartbroken by anyone. Not even by my ex-husband, a man who yelled first and was bigger than me. My son was two when I realized I was the “yeller” mom I’d sworn I’d never be.

There are weeks when I could blame my PMS or the full moon for the discourse in my house. It still doesn’t make it less stressful. And if I’m not feeling like the strongest, wisest, most confident mother, the little guy can smell the doubt like a predator smells blood. And that’s his cue to go into uber-obnoxious mode. Maybe because he’s scared that if I’m not driving, he’ll have to? It amounts to a car wreck all the same.

My husband told me last night that, after being tested one and two and three times by our son during bath time, for which he had to calmly reply, correct the child, or just wade through the wreckage, he said he was done. I said imagine having that feeling when it’s only nine o’clock in the morning and you have the rest of the day to be tested. Guess what? You fail the parent test.

There is this June Cleaver expectation in my head that I’m supposed to be calm and patient and easygoing with my child, always. Stern and gentle. Wise and silly. Instead, I feel like I’ve spent a good part of our six years together tolerating him in public, berating him in private, and not being proud of myself in my head.

The morning of the Little League parade, he chose Shredded Wheat cereal for breakfast, let it get soggy, and then demanded a bagel instead. This was not the first time this had happened. As I knew this would happen, I fought my first inclination to yell. Instead, I engaged him in a conversation about what led to the sogginess and what he thought we could do to solve this ongoing problem. He suggested he could talk less and eat more quickly. Bravo for both of us.

Throughout the day, when applicable, I reminded him that Mommy had made a better choice that morning by not choosing to yell. Leading by example is easier said than done. Even if I could just find the power to nod and smile because he’ll move out soon enough. Surely, the feelings of incompetency will diminish after he’s gone to college. And here comes three months of summer! Wish him luck. 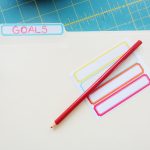 Edit is My Word of the Year 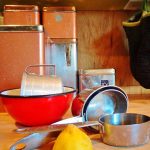