Perseverance. Stubborn single-mindedness. That’s what I can be made of. Holding on until the knuckles whiten.  A first marriage that went on and on. Self definitions playing out beyond a comfortable exit.  A shop that was opened at exactly the wrong time but stayed open for a year and a half. We all are guilty of not seeing the exit signs. Enter a new beginning. Contrary to my expectations, my blog-gable life starts now.

But my site’s URL was shalavee.com/wp. Note the extra w and p at the end. The additional anxiety of fixing this was not what I’d envisioned, and paid too much for, as I began my life in the blog-asphere. Again I am indebted to an It guy. This round was Robin’s. He held my hand as we copied, checked, and did until my integrity was saved. Shalavee.com is the address again. Although the passwords will be the death of me.

I find it funny how sometimes we just have to fight to be ourselves. As a child growing up with the name Shalagh (pronounced Shay-la), I had to fight to be me. Correct the authoritarians on the pronunciation of my name and essentially the address of me.  I did the same to my kid. Gave him a funny Irish name that will have him correcting people throughout his life. And establishing who he is in his own mind.

I had a dream last night that I had some presents, maybe x-mas presents, that got taken by a girl who had a sister. The sister didn’t know what was going on but I knew the other one had taken them. We searched everywhere and finally I asked her for them in a way that I hoped she’d know I’d forgive her. She brought them down from the upstairs. I was happier. Presents are otherwise known as gifts.  Among my gifts, writing and sharing my thoughts with the world. I have held back from sharing these and enjoying the outcome. And I may be ready to forgive myself for not getting here sooner. Meanwhile, I will build a palace from ashes. 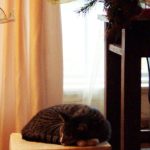 Here I Go Despite Myself

Seeing Myself in the Mirror

Wanting What You Have