It would seem that Mark and I have been together for about 15 years. We like to muse the dates every so often.

See, there was this kickin’ cocktail party I threw and, although me made out, I kicked him out that night but  he never left my life since. Several years later, we bought a house and our story continued with a party in our backyard in which a wedding broke out.

On October 6th, 2001, we had a hundred people in our backyard on the river. We narrowly escaped being rained on. We spoke our written vows, ate freshly shucked oysters, had front row seats for a personal fireworks display, and danced in  our garage turned disco.

Three and half years later, we had a little baby boy.

And yesterday we celebrated out 11th year anniversary with dinner at a Japanese steakhouse and a live hibachi cooking show provided by “Richie”.

The flaming fun was shared by another couple who was also celebrating their anniversary.

We  finished our evening with desert on the veranda of the Tidewater Inn. The fireplace was lit.  All that was missing from our evening was the fire-eating lessons.

I love this wacky funny man with all my heart. So much so, I was generous enough to become pregnant just for the occasion. He gave me beautiful flowers from Amy at Monteray Farms in Trappe, MD.

Happy Anniversary Bubby from your Sweetie. Enjoy the weed whacker. Oh and the lawn still needs to be mowed. 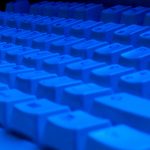 I Put My Mind On What Mattered and Did It Anyway