My budding toddler has begun to emit a sound that now wins the highest honor for most intolerable and grating sound in my brain. It is known as a whine to you and the whine frequency is maddening to me.

Fiona has delivered me to Dante’s whatever level of hell for mothers. I now know that in fact girls are more dramatic and they instinctively come up with the concept of fake crying by 18 months. It would almost be impressive if it weren’t so upsetting.

But now, the integrity of the cry is being corrupted. She is no longer in danger or pain most of the time when she emits this frequency that is so high and raw, it’s worse than any chalkboard or Styrofoam squeak anywhere. Because my brain immediately responds to the distress and instantly I also know there’s nothing wrong. It’s a false alarm every time.

I would love to jam earplugs in my ears all day. But there’s that one tiny chance that she’ll actually hurt herself by climbing onto the windowsill and then fall off and thrust her tiny teeth through her lip. And so I live in the perpetual irritated state of toddler girl whiney-dom. Don’t forget the added older brother factor which increases the whine’s occurrence just because it’s fun to poke her. Please kill me now. 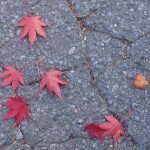 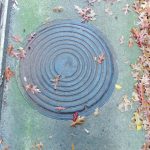