In an attempt to keep moving forward, I follow and read lots of different blogs. One I read is written by a reputable business coach who suggested beginning a Pinterest page to conceive of your ideal day. It’s called vision boarding. If you visualize it, it is more likely to happen. As much as I wanted to say “Heck Yeah”, simultaneously I was all like Bill Cosby with my, “Riiiiggghhht”. Ideal days are a fantasy when your reality is a poopy diaper and the bad attitude that proceeds it.

Although my sarcasm got the better of me, I figured we could all have a little fun today. So here’s my ideal day portrayed in Pinterest pictures. It’s pretend with Pinterest.

It’s a beautiful fall morning in 2034 and I’m getting my hair professionally dyed and styled at some ridiculously hip expensive salon.

And they’re also apparently doing some botox and secret anti-aging voodoo there too. And they’re serving nice wine.But it’s too early for that. No really. So it’s a nice cappuccino instead OK?

I’m also getting my nails done. Something funky and cutting edge for the future. This will be retro then.

When my nails are dry,  it’s time to go see my personal trainer. It could be either a hot guy…

or a very inspirational gal.

(While trolling Pinterest for these pictures, I read a caption which said, “Celebrity Secrets to lose baby weight fast. Ha! -meal service -nanny -house cleaner -personal trainer -photoshop for starters-” Keeping it real. But back to fantasy reality).

I grab a shower and my devoted hubby picks me up in whatever car is his fantasy and takes me on a gourmet picnic. Because maybe it’s our anniversary and we’re making up for the lost celebration time from 20 years earlier.

Rare roast beef sandwiches, YUM. And whatever the heck this raspberry wonderment is.

Back at home, with a little buzz from what’s in the mason jar with the out-of-season raspberries, cute plumber boy shows a little butt crack while installing our new multi-headed shower in our master suite bathroom renovation.

Because I need more reasons to ogle handsome young men’s bodies in this post. And the husband’s getting lucky tonight.

Late in the afternoon, I drive to DC to meet with my Book Agent and planning team about the upcoming book tour I’ll be embarking on.

As I’m about to go into the meeting, my oldest calls to tell us he’s officially made his first million on his video game creations.

He’s got stock and stuff.

While waiting for our table at the bar, the other kid call to tell me she’s gotten her Master’s Degree paid for

by the Foundation she’s been doing

groundbreaking research for in genetics and cancer.

As if my perfect day couldn’t get any better, then Oprah texts me that we’re on for dinner at either her house in Hawaii

or the one in the South somewhere, to chat about the top secret project we’re working on. Hush. hush.

(For real, this gal on the right actually vision board manifested this meeting with Oprah. Her board post can be found on ItWasOnMyVisionBoard.com  from 3 weeks ago. Weird but true.)
Oprah also informs me that her buddy Peter Walsh is going to be coming with his fabulous organizing team
to take care of my house chaos next week.
And I’m all in Virgo heaven imagining how much De-cluttering this genius gentleman and his people will help me with.

As if it couldn’t get any better, Tina Fey emails me to ask if I have any edits on that script she sent and when am I flying out to go junk shopping and flea marketing.
(Don’t know if Tina Fey likes to junk shop but I can’t imagine she doesn’t.)

See, our kids went to the same colleges and we happened to meet on a parent weekend. And now we’re like that.

And she’s the kind of gal who gives you grounding crazy spirited advice. So yeah, we’re tight.

And I check into a swanky 4 star hotel in DC (can you say hotel sex is as good as make-up sex?) thinking how lucky I am to be living my dream. Thank goodness for vision boards or I would have never manifested this incredible life I’m living. After our romp, my husband passes out and I swill my champagne, pinch myself, zap on the cable for a couple minutes, and pass out with complimentary pistachio chunks in my teeth. Perfect end to a perfect day. 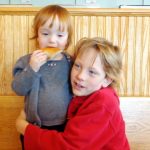 The What To Do Syndrome 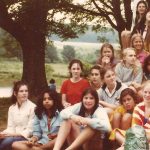