Before the Christmas break, he asked us if there’s a Santa. At nine years old, that’s what they do. I answered as many a surprised thoughtful parent before me and said,”What do you think ?” That was probably the give away cliché answer. He already knew the truth and I had confirmed it.

So that evening I asked him to write out his Christmas list, his first response was that he’d just wait until Christmas Eve to write it. A test, I suppose, to see if Santa was real. I was slightly irritated. And when he presented his list, he was hyper nervous. Like he knew we were all living a lie.

What happened next was all a self-fulfilling prophecy. I went to internet search that lego train and left the words “lego train” up in my google search box. And when I thought I’d erased all traces of my search, asked him to put his log-in password for the library to renew some books. And he saw those words. What are those words doing there he asked.

And the unraveling began. Those words representing Santa’s big present,  that one event that keeps the magic of Christmas going. As he was asking why those words were up there, I was casually saying I just wanted to see what he was asking for but I knew I was done. If that present was there under the tree Christmas morning, the jig would be up. He would know without a doubt that there was no Santa at that very moment. Even though that train was what he really wanted, I’d have blown it. My fault Christmas died.

I think the responsibility to keep the innocence and tend the magic of Christmas is a tremendous responsibility. The stories, presents, cookies and reindeer carrots, milk, and filled stockings are all part of the production that is childhood. Not only do you have to keep your children alive but you’re responsible for their imaginations and their faith. To know that we are also then responsible for their innocence and sense of wonder and it’s demise is almost too much for me to bear.

So I ordered it anyway. I made sure to drag my feet about it so that now, the distance from New Jersey to here was the longest distance for anything to travel in a week. Faith in the holiday and its miraculous wonder diminished and I was paying a huge price to still watch it blow up. It’s inevitable of course. And I am but another casualty in the end of the production. Except, I have Fiona who’ll be two in March. And she’s yet to even understand the concept of Santa.

The package came with time to spare. I sighed with such relief. And Mark asked that Eamon write a cover letter to Santa to go with his Christmas request list, So he did. He asked questions about Rudolph’s nose and if kids actually got coal. His letter got hand delivered by me to Santa’s representative at the post office who’s been handling his requests since he could express them. This is Santa’s response letter he got back on Tuesday. We were both very amused.

Come Christmas eve, he was excited. But he didn’t ask to see the Santa tracker on the computer. We didn’t put out the magic reindeer food (oats and glitter) on the lawn. And he forgot the cookies and milk,  I had to dummy them up on a table top near the fireplace.

He maintained his cool the entire time!!! Because he still wanted to believe. And he was certain he was getting that train and he was right. The fabulous expensive present was the price I paid to be able to bow out gracefully from future Christmas lies. I can say I did everything within my power to keep the illusion going this year. He had a wonderful fun overstimulating Christmas and that is as it should be. And next year, the charade will start all over again. And I will have his help to gift the wonderful lie to his sister. How befitting the end for one marks the beginning for the other. And if he blows it for her, he’ll die a slow heinous death. 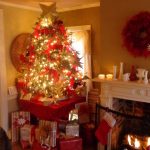 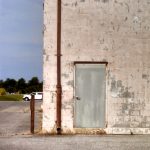