The husband left town two weeks ago. I had to prove to my child my worthiness of being his parent that first week. I gained a sense of humor somewhere during the second week which helped tremendously. That same week was filled with fog delays which allowed me a reprieve from yelling at my son during the morning rush to the bus stop. We’re both doing well. And secretly, I am noticing the one less person to worry about.

At his teacher’s conference, Mrs. Love, his extremely sweet and newly wed teacher, said he’s doing so well she looks forward to future conferences. He got academic excellence in first grade and his writing about computers taught the office a few things. I could worry about his future boredom but why? Unfortunately, our visit to the dentist confirmed there’s a baby tooth that needs to be pulled. I scheduled it for the day before Thanksgiving. I’ll so be using bribery to get through it. Like his father, even having my son’s teeth cleaned was a traumatic experience.

My own moments came when I saw an old friend at the grocery store I hadn’t seen in a very long time. The baby in her cart told me how out of the loop I’d been. I almost started crying. I sadly had to pass up an opportunity to make a piece of pottery and get buzzed at a girl’s night out event. No child care. And I went out to my friend’s art opening last night. Met new people. Re-met others and, with my child at my in-laws, was able to go out to eat and then come home and crank up the new Coldplay album for ten minutes before I had to go pass out.

Today, my kid and I hit two play grounds, went to Panera Bread and the Amish Market, and had bike/jog alongside time. Plus we watched the second Nanny McPhee, having seen the first on Thursday night in preparation. I can say I cried a lot. So when I got the call from a friend that my husband had been admitted to the hospital in Hawaii, probably for not enough sleep and heat exhaustion, I decided I wasn’t going to worry. I’m too tired.

I read this morning in my self esteem book that acceptance doesn’t mean you have to like something, you just have to acknowledge it’s there. I have done well enough by my kid this week to be less annoyed by him. I have made progress on my self awareness. And there isn’t a damn thing I can do to help my husband, whether he’s here or in Hawaii. So I’m here helping myself to an appreciation of my life today. And this time I mean it. 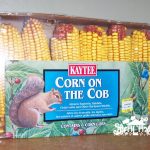 A Tale of Four Squirrels 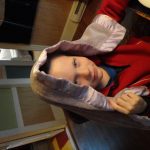