Tonight we finished watching Mary Poppins for Friday/Saturday extended family movie night. This was the first time viewing of this masterpiece for the six-year-old. I have fond memories of this story. Fable has it, while reading this book as a baby, I said my first word, “amp” or “ight”, as I pointed at a lamppost on the inside cover. The music of Feed the Birds is buried so deeply in me, the tune made tears seep from me uncontrollably.

My kid really enjoyed it too. Undoubtedly, for the next two days, we’ll hear about every part he liked. He had his first Jiffy Pop experience too. He ran laughing and yelling from the kitchen when he thought it was going to blow up. So funny. I enjoyed watching the very young Dick Van Dike and Julie Andrews, both so very talented and charming. I didn’t remember the dancing chimney sweeps as being so so wonderful.

I was a child of Disney. Chitty Chitty Bang Bang and Bed knobs and Broomsticks plus Sleeping Beauty’s scary music. And the charming dwarves in Snow White on the round puzzle I still have. All vividly parts of my childhood. Tonight, as an adult, I noticed the shift in Mr. Banks as he got it; most important was his children and their imaginations. And Mary Poppins, like Nanny McPhee after her, had to leave when she was no longer needed.

So it is also a sad statement that in my adulthood, I discovered Disney and the corporation did not believe in providing healthcare for its employees and their families. Like Le Mart du Wal, The Mouse became an unfamily friendly machine. My husband worked for ABC when they were bought out by Disney. I’m not making this up. Yet Disneyland represents some of the best memories for me of my childhood as I visited my now deceased Grandparents in Riverside, California when I was 5. The log flume got us soaked first thing.

Such a paradox. The innocence of our memories versus the truth of our now. Entertainment is an instant sell out no matter. My son got to see what I saw as a child. Or maybe I subjected him to my rose-colored glasses. I cried multiple times two nights in a row at the amazing talent within this Oscar-winning production. And those memories won’t ever be sullied by whatever else I know or learn about the mega-money monger that maker became. I am not buying the continuous Disney promotional offerings from a superstore anytime soon. My copy of Mary Poppins is a VHS cassette I bought at a thrift store. 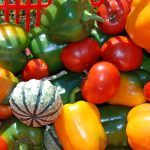 AFGO and Just Poundage For All 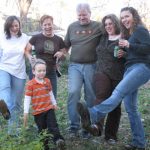