Everyone wished me Good Luck for my Friday Doctor’s appointment. My answer was, “I’m lucky enough”.  While there we got the official “Yup, you’re pregnant” from the real doctor’s office pregnancy test. He said, “Well, your pregant” and I looked at the good Dr. O’ Brien and said “Some Stuff, huh?” Only not Stuff.

He then mentioned the sonogram and learning the sex of the baby at which point I chimed in with an, “Oh, I’m going to go ahead and find out this time”. At the same time my husband was saying,” Oh, we don’t want to know again”. Dr. O’ Brien smiled and talked over our exchange as he continued with an explanation of a new test that is a non-invasive blood letting that tests for birth defects and DNA hiccups. He explained the statistics of Downs Syndrome babies born to women over age thirty five increase to one in one hundred.

When I was 38 years old, I heard the same statistics and my kid’s now seven. Got it. He said it was our choice and it makes no never mind to him. I actually was musing the possibility this time. I was ready to be pragmatic if it was a sure thing. After the appointment,  we headed off to pick up our kid at Summer Camp.

On our way up route 50, I asked him to debate the knowing the sex thing with me. I said I just wanted to have an upper hand on buying and decorating and mental preparation if I was in fact destined for the hell that will be a girl. His counter was that I did the decorating last time without knowing. And as far as the clothing goes, they’re kinda happy little dribbling blobs for a long while anyway. After three weeks, I’d want to escape the house for a shopping trip anyway. He reiterated, there are so few true surprises in our lives. Why not continue the tradition. I couldn’t come up with a decent counter for these arguments.

I then took a look at the propaganda on the blood test (it’s such a given you’ll be taking it, the women in the office weren’t quite sure how to schedule my appointment without it). The pamphlet  said even if it comes up with positive results, further tests more often than not prove negative for birth defects. Why in the world would I put my pregnant self through the terrible torture of all that worry to have it be a false positive. There’s a rule. Don’t upset the pregnant lady. I’ll pass. Like last time, we figured if we’re destined to have a special needs child, we’ll love him or her just as much.

So the last item still in our control to fret over is the name. We were left last time with a spare girl’s name. But we have no spare boy’s name. A polling of family names came up with nothing. I’ll be watching movie credits soon for some options. Deter? Bjorn? Zigfield? OK, no foreign films. Except Irish. 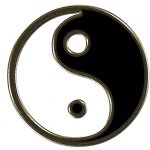 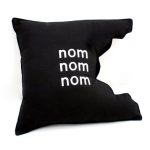