I’m a Mean Mommy. My husband is a Mean Daddy. As a result, our son is a charming and mostly- confident little guy. He trusts and respects our authority. The secret to this? Discipline. I’m not talking about the “go out in the backyard and cut your own switch” type of discipline. We show our child we care enough to teach him right from wrong, respect for authority, and we hope he will grow to have self-discipline, self-esteem, and self-confidence. We began this parental journey not having a clue how to do this.

I had many of those mother moments when I felt lost and incompetent. I loved my out of control two-year old but my arsenal was empty after one too many shoot outs at the OK Corral. While desperately skimming my stack of library books to create a battle plan for a toddler counterattack, I stumbled on a book by renowned author T. Berry Brazelton who explained that discipline shows your children they matter.

By age two, they very well know right behavior from wrong. My two year-old knew had me duped until his hand was within striking distance of the no-no, a cat’s tail or lamp, and he shot me the look. If children decide they are loved by your reaction to their behavior, then if you don’t correct them, they assume they’re unworthy. Brazelton also wisely pointed out, if you give them too much praise, they doubt you, and if the only attention they get is negative attention, they will make sure they get their fill.

Kids crave boundaries because they are proof of love and safety. I set non-negotiable boundaries with him. Typing them and posting them so we all knew what they were. These can include the family’s rules of what is permissible or off-limits to touch, how to behave, or how to treat people or animals. The opposite of setting boundaries, following through, and showing your kid the validity of your word, is showing your child they don’t matter.

The administration of the pre-stated consequences for breaking the understood rules and boundaries is discipline. Preceded by a verbal warning, the disciplinary action should be fair and age appropriate. If the child’s next choice is to disobey anyway, he/she has chosen to engage in the battle to see who wins. They are hoping you win.

He says “no” but he came to live with me, my friend once said. Too many choices in his world will make his little brain explode. Continually overwhelmed, children can become “control freaks” trying to quell their fear of a world they’ve been led to believe they have control over but don’t. If there are no trustworthy consistent internalized boundaries, children can then carry these fears and become controlling anxious adults. Sound like anyone you know?

Consistency, my husband reminded me, is another important part of discipline providing trust between parent and child. The three year-old wonders if thirty-nine seconds later, you still mean what you said. What about on Tuesdays? Or if the wind is from the North? As his parents, we compared notes on no-no’s, administered the same discipline, and noticed we had a child who mostly minded us. Consequently, he was given a little more freedom. He trusted that if he’d been given a warning and still chose to misbehave, I would put him in what we called the “Thinking chair.” He called it the “Fixing chair.”

This was our chosen disciplinary device and the number one best thing we established to help us parent, thanks to my husband who was brave enough to put our son in the chair for his very first two minutes. The thinking chair method became, I explained why he was in there, kept him there for as many minutes as his age, and then re-explained why he was there and asked for his apology if necessary. In the following two years, it has been used as an either/or choice as in, “Stop hitting the kitty or sit in the thinking chair”. It’s been an exile destination for distracting toys. And I have put myself there when I needed to calm down.

The result of discipline, expectations, and boundaries will be a child who can fly from the nest and thrive. If we ask our children to stay reliant, we rob them of the opportunities and joys they are entitled to as humans. Your boundaries, self-discipline, and trust become theirs. The happy ending is the creation of an independently thinking confident child. Knowing you’re loved is powerful stuff. 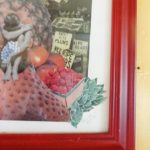 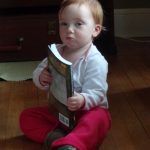