I was not surprised when my children’s artistic talents began to emerge. My son could draw pretty well and at age 8, he began to play the piano. The rest is history. He took to it so fast, it was always what he’d been good at, he’d just not gotten a chance to play yet.

In addition to piano, he also plays the bass clarinet for both his high school marching band and a large local community band. And one night, he forgot to bring his instrument home from school. So while his fellow community band members were practicing, he spent the time writing the following short story on the subject topic that seems to be worrying the world currently; the Corona Virus.

“She wakes, and looks at her phone. The news reports a “rapidly spreading plague” in China, supposedly set to become an epidemic. She laughs to herself, figuring this type of stuff happens all the time, in her modern world, this could never happen, just like WW3, it was an amusing thought, but it passed. She walks into her kitchen, pours herself some coffee, and sits down. Jumping to reddit, she notices quite a lot of memes and such about this new “corona virus”. She chuckles, this is definitely a joke of a disease.

About a month later…

She wakes, and looks at her phone, the news reports that the “corona virus” has several confirmed cases in the US, a few in Australia, and is still rapidly spreading in Asia. It supposedly gotten to the point where several smaller countries have stopped imports and transportation from China in an attempt to stop the spread. She shakes her head; “well that’s something” she tells herself, walking to the kitchen. Her roommate steps out from his room, coughing and bleary-eyed. He says it’s just a common cold, she reassures herself, a little scared at first.

Several of her coworkers are out today, believed to be sick. Her boss tells everyone there’s been a cold spreading about, nothing to be concerned about, use germ-ex or whatever. She sighs in relief and continues her day.

She wakes, and looks at her phone, the news, reporting mass fatalities in China, and areas of quarantine in some of its urban regions. Other countries near China have done the same, some successful, some not. Other western countries, such as Greenland and Sweden have completely shut off all contact with infected countries, claiming they can sustain themselves, and that it’s: “worth the risk”. Economists worldwide are warning against this, saying although it will delay the plague, it will ruin the economies of some countries, making their contributions to the plague insignificant. She shudders, and walks to the kitchen, she hears a thinking from her roommates room, and peeks inside. He’s on the ground, face first, unconscious, and practically choking on his own vomit. She screams and feels a wave of nausea wash over her. Panicking, she tries to figure out ways to help him, before remembering reading somewhere that you  in these types of situations, you should roll them onto their sides, at least that’s what she thinks she remembers. She rolls him, taking several tries, onto his side, and a stream of green runs from his mouth onto the carpeted floor. She look away and dials 911, so many thoughts running through her mind, what if he died? What if she caught it? What if she died?

The next day, at work…

“Welp, it looks like we’re shutting down, nobody can afford us anymore, not with the sudden depression the country’s been having, they all withdrew their money and left, haven’t had a single deposit anywhere in the system since Wednesday.” Her boss exclaims to her and the rest of the employees.

She walks slowly home, head down, slowly realizing how hopeless her life has become. She sees a man arguing with a figure in a business suit, the man seems extremely upset, and the suited person hands him a paper. The man crumbles to his knees and pleads. She turns away from the scene to bump into a cloaked man, who was running down the sidewalk, sputtering and coughing. A few seconds later, a pursuing figure, a police officer of a sort, runs after the man, yelling for him to stop. She decides to visit her grocery store later in the day, just in case anything were to… go wrong.

A day or so later…

She wakes, hungry. She is afraid to look at her phone, but does it anyway. The first thing she notices is a notification from her phone company saying data for the next month will have to be paid within the next week or the user’s phone will be shut off. She sighs, at this point, it’s not a surprise, just another problem in what’s looking to be the downward spiral of her life. The news reports that this will be it’s last report, as they will soon go bankrupt. The news however, makes her wish they’d gone bankrupt far before she read it. All of east Asia has fallen into anarchy, lucky countries, such as Australia, have managed to keep it to martial law, out of desperation. Business in Europe is rapidly declining, and border policies are infinitely more strict than at any time before. The claim to a nation with no infected citizens has become a bragging right, and cure research is few and far between, claiming they have been: “actively working towards a solution”. She walks to her kitchen, and prepares the breakfast she had rationed for herself the night before. She takes a glance at the door to her roommates room, it doesn’t even look like a room anymore, bundles of quarantine tape around it, with a smell of chemicals. Everything inside has been destroyed, tampered with to the point of destruction, or nabbed by she assumes to be the government for the cause of “science”.

She puts on her “outside” suit, as she’d come to call it, a combination of torn apart hazmat suits and other items she thought would help her not join the many millions of casualties in the massive quarantine zone that was her city. She takes a step outside, and looks upon the wonderful wasteland outside of her apartment building. Blood and other unusual liquids paint streaks in the road, and bodies litter the street as if dispensed from a chute in the sky. She begins her morning jog to the store, hoping to meet with the usual survivors to trade random commodities and talk about how miserable life was nowadays.

After a saddening encounter with a barely alive.. definitely infected.. thing, chasing her, she finally reaches the store. To her utmost surprise, the store is completely leveled, and there is evidence of the appearance government appearance on site, mostly the scorch marks and tire treads made from what was obviously the government’s “quarantine division”, whose job was to pick off all the citizens of a quarantined zone. She reasoned the government thought it was more  “efficient”. She was glad she’d been late to the meeting here, the quarantine division had most likely caught on to where they’d been meeting, and struck a couple of easy targets. Tough luck for them, she thought, and continued about her day.

She gasped, and awoke. Around her was not what she usually woke up to, she looked over a planet, the earth, or so it seemed. It was different, yellow and brown, she could sense there was no life there, nothing, just nothing.

a short story by Eamon Peach

For fear that this never got published, I really wanted to put this here. Of course, I think it’s very good, I’m his mother. And I hope that college finds him polishing his writing skills. Meanwhile, he’s just an average American young man about to turn 15 years old.

And If you enjoyed what you read, subscribe, via the subscription box in the sidebar, to my thrice weekly posts via your emailbox. And visit me on Instagram to see my daily pictures, friend me or like my page on Facebook. Or come find me on Twitter or Pinterest too. I am always practicing Intentional Intouchness so chat at me please. I live for conversations. 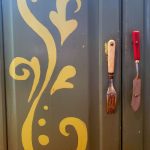 Still Practicing the Art and Mystery of Housewifery 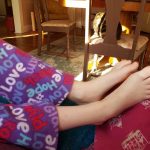 What if My Ordinary is Your Extraordinary ?