It was a Tuesday, last Tuesday, and I went to drop off Fiona at my mother-in-law’s Mary’s. Fiona had the tail end of a cold so I go to dig for a wipe to dig at her green booger crusted face. And I discover…there are no wipes. In fact, there are no diapers either.

I remember this happening once before with the first child. No diapers in the diaper bag. They must have all been removed at daycare for back-up. Mary says, “No problem, we’ll make due” or “figure out something”. She’s from the old school of hard knocks parenting. You made do with what you had and the kids survived.

I stood there in the realization that I had two appointments in my imminent future and I needed to get hustling to round-up diapers. Then I left to buy the diapers and wipes. Because that little girl was due up for a poopie. No way was I OK with thinking I’d be at my doctor’s appointments and I would be worrying about her nappy necessities. And what my Mother-in-law could possibly be “makiing do” with.

These older mothers, they know trenches. Making do was what they know and they were masters of the art of not needing. We’re the ones creating high maintenance kids with out hovering and our over-doing. My husband was told to clean his plate because there was no more. Sure he and I share abundance issues but my point is, they won’t die if we don’t snack them every half hour and then wonder why they never eat. And they won’t remember if their Grandmother uses a dishtowel as a nappy. But that will only happen if I am blissfully ignorant of the lack of nappies. I have my limits. And my mother-in-law has hers. They’re just somewhere I’m unwilling to go. 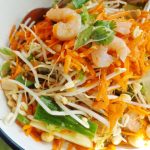 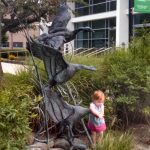 Mama Had a Toddler and Her Head Popped Off