(A treat for you from two years ago. A piece I’d hoped to have published and never got around to submitting so here it is for your reading pleasure instead.)

Twice this year, I have taken the “opportunity” to have lunch with my kid. I twitch at this memory and the thought of  the incredible quantities of food that are being tossed into the trashcans. I experienced an overwhelming sense of loss. Needless to say, my visit was both a jarring and eye opening experience both times.

Last year, my son was in the first grade and lunched with the fifth graders. So when the megaphone got pulled out, I figured it was the older kids that were to blame. Near enough to middle school, I knew there was trouble a-brewing with this demographic.

But this year, the attempt to quell the “chaos” with a prison-like loudspeaker system commanding quiet from a room half-full of seven year-olds was employed multiple times in the limited lunch time period.  My husband and I recalled that our grade school lunchroom was just as loud. But as long as food wasn’t flying and children weren’t running, that’s a school lunchroom’s MO.

As for the food, thanks to people I actually know, there has been a true effort to make the cafeteria offerings a little more nutritious. They admit they can’t go all Jamie Oliver’s Food Nation on the system but I did see hummus on the menu. And if the children are hungry, they will eat the food that is in front of them. But on the occasion I was visiting the school last, it was holiday time. Despite the teachers attempt to not spoil their lunch, the kids hunger was quelled prior to lunch by those class parties.

Now sitting in the school cafeteria, I looked at the kid across from me and queried him on his indifference to his food. He said, even though he wasn’t hungry, if he was in the daily bought lunch program, the lunch women were required to put the complete lunch on his tray.  So a main, a snack side, a fruit or veg, and a drink would all be piled onto his plate. Even if he was just going to stare at it. In Union terms, an opportunity to eat was being provided.

As I watched all these loud children ignoring the majority of the food in front of them, I asked one of the lunchroom patrollers/teachers about the state of waste that I saw occurring. He said that they’d at least instituted a policy were pre-wrapped food could be brought up and trades could be made. The kid next to me took advantage of this and had at least two portions of pineapple. But I watched tray after tray of packaged and uneaten food go into the trash.

I then commented to the janitor at the amazing amount of wasted food I now saw actually physically being dumped into the trash cans. And this was only the second grade. There were many more lunchtimes yet to happen. Daily. Statewide. I then asked if he had any idea whether people were dumpster diving behind the school. He probably thought it an odd question but  I assume they are. He said surely the trash services picked them up quickly enough. Were the bins locked?

When I had asked the grocery store produce guy this question as he filled a huge trash can full of wilty vegetables, he said that he knew people not only dumpster dove for the produce, but sold it as well. Just because you can’t see it, hunger is still everywhere. And he added, they used to give the damaged pet food bags to the pet charities until they found out that people were purposefully sabotaging the food bags. And that was the end of that. Idiots.

The system is more than flawed. Mandatory feeding rules and regulations dictate what big brother thinks our children need in their bellies while feeding them within the scant hurried half hour of lunch when they’re not hungry, denies real bodily desires and needs to be met. And the waste factor is really disturbing and health regulations shut any other possibilities down.

I nod and smile when my kid asked me if I’ll come back to school again. I didn’t even mention the part where he completely ignored me during his lunch to show off to his buddies. I ended up making small talk with the kids around me. They are entertaining but I think I’ll skip the lunch visit and enjoy the academic classes before or afterwards instead. Or make my husband visit instead. 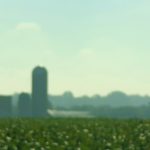 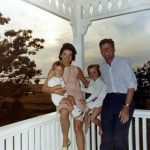 Cleaning For the Kennedys

When I used to Think Everything Was mine to Fix

Releasing Myself From Scrutiny