So little boy brought this book and it’s sequel home. His brain was firing in all different exciting ways.

Take note you parents of highly creative 8 year-olds, this book is super cool.

I asked Eamon to write about it in his own words and this is what I received.

I thought he was just going to answer my questions. I didn’t realize I’d get pumped up hand lettering and graphix. In case you can’t read this, this is what I think he wrote.

Q: What Genre are the books in?

A: It’s an interesting realistic fiction. It’s about how a boy named Dwight Tharp folds an Origami Yoda with fortune-telling magical powers. So that’s what makes Origami Yoda AWSOME!!!!! But There’s a Darth Paper too!!

A: He is also a paper craft only made by Harvey!! But Harvey is a BIG tattler (and sissy pants) so that’s why Yoda is enemies with him.

Q: How many characters are there?

Q: Do they all have puppets?

A: Yes and all of them are from Star Wars.

Whether it’s Captain Underpants or Origami Yoda, he becomes enthralled with the book du jour. His brain goes over it and over it. I was asked multiple times who I would want to be in Star Wars. Han Solo is always my answer.

Guess what he said he’s going to change his name to when he gets older?  Yoda. 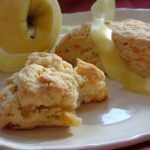 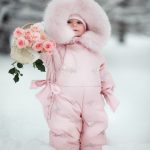