Hi, I’m Julie my son’s cruise director for the summer’s Love Boat. As my son’s summer scheduler, I made sure that he had the kick ass summer he should have before first grade. Legendary? Yes. He got to experience all of the ego boosting activities kids are supposed to experience.

Recap. We spent a week at the beach making sand castles and daring waves to dump us. He learned to swim and put his head under water in the last hour there. He went fishin’ and watched two fireworks displays. He has a front tooth with an official wiggle. The boy learned to ride a bike well. He’s begun to read because he’s compelled by his curiosity. He mastered Foosball and all sorts of stuff on Wee Sport Resort. He kissed a girl at Y camp. He performed onstage, rode a pony, and spent a week programming computer characters. And he had his own special day in the middle of August. Come on. If that doesn’t sound like the best summer for a six year old, then someone’s an overachiever besides me.

We are their mirrors and the masters of their destinies in many ways. I couldn’t have done any better by him. And I don’t need him to be anything more than happy. Happiness is a gift you give yourself…through your child’s esteem. 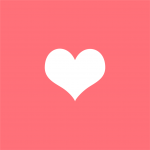 Too Many Things That I Want To Do 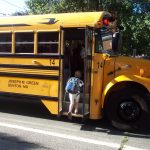