It is my privilege and honor to step aside today for my guest author, a fabulous man whom I’m very smitten with and sleep next to nightly. Let me introduce Mark Peach, my husband and father of my son plus one, here today to share his fatherly perspective in his own charming and funny fashion.

People let me tell you ‘bout my best friend,

He’s a one boy cuddly toy,

For those not old enough to remember these words, see this You Tube video. And for those of you who do remember, you can happily revisit them. These lyrics to the theme for the television series “The Courtship of Eddie’s Father”, represent my idealistic childhood vision of a father /son relationship. With the birth of my son Eamon, now seven years old, I imagined bonding with him in this very Bill Bixby kind of way. There was already a soundtrack to my swellest intentions.

Recently, I was working in my shop and asked my son to join me. He began to play with his box of “shop toys”, a Clementine box filled with wood blocks, springs, colored gel, and giant hex nuts. I was focused on whatever my work at hand was. I tend to listen to 80’s music when I’m out in my shop working and I use the music service Pandora via my cell phone through some giant mounted speakers. For those not familiar with the service, you enter a musician and then Pandora creates a play list based on which ones you then tell it you like. Or don’t like.

On this particular day, Eamon asked if we could listen to his music.  Not being familiar with what seven year-old boys listen to these days, I asked him what he’d like to listen to. I paid very close attention to his description and proceeded to program Pandora accordingly. I ended up with was something called “Dance Party Mix”.

I warily and intently listened to the lyrics of the first song which was a very techno – poppy – dance kinda thing that reminded me of some nights I’d spent in Berlin Discos.  It seemed safe enough and Eamon announced that he liked it.  The artist was a young lady by the name of Kesha.  Curious, I gave her a closer look and found the mini-album cover displayed on my phone featured a bronze skinned, wild hair, loin cloth wearing young lady. OK… lesson one… not only do I have to listen to the music, but I have to keep an eye on the artwork as well.

No worries, it’s all good. We gave the music a thumbs up and moved on. I continued to focus on my work and then noticed some not so seven year-old lyrics in the next song. It was something about getting girls drunk at a party. We voted thumbs down on that one.

The next song had an electronic beat thing going on that was somewhat enjoyable. Good motivational music to work by.  Then came some sort of growly voice that repeated the one word spoken in the song: “DEVIL”. It caught me off guard when I realized what the word was. I still gave it a thumbs up because he thought they were saying “double”. Next…

Unfortunately, I began to focus more on my work and less on the music. That was until I heard Eamon singing the lyrics to the next song by a band called Skrillex.

Son:  I wanna kill everybody in the world….

Son:  I wanna kill everybody in the world….

Me:    I think we’re going to have to give this one a thumbs down.

Me:    Dude, they’re singing about killing everybody in the world. That’s not something to sing about.

Son:   But Dad, the singer sounds like Alvin from the Chipmunks.  And Alvin would never do that. It’s just a song…

So what would Bill Bixby do?  Surely he had the same dilemma with Purple Haze, White Rabbit, and Dazed and Confused. As a parent, I’m destined to face similar tests in my future.  I intend to continue to do my best to be a part of my son’s life in an attempt to not lose contact with him in his teen years. Even if it makes my ears bleed.

And when things get rough, I’m just going to keep my head down and keep moving forward.  And I’ll keep the Courtship of Eddie’s Father theme song bookmarked because idealism is not a bad place to start. 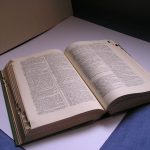 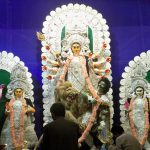