The Summer had started off rough anyway. We lost my Father-in-law right before Summer vacation kicked in. And the day after his funeral, I was attending a conference and had the beginnings of a cold destined to become my fourth sinus infection of the year. Did I say rough?

And when I heard Mercury was going to be in retrograde, did I heed the warnings? Heck no because I have no idea whatsoever what that means or how it would affect me even if I did. And as I barreled ever forward, something would go terribly horribly wrong. Being distracted became my distraction and my living hell.

Several weeks ago, the next season of Summer started which meant new routines. As there’s no real schedule to follow but meals still need to happen and kids need exercise and entertaining, I began the hustle. And just when the first scheduled/paid-for Summer activity for the boy began, Mark notified me that we had a flea infestation in the garage. Our indoor for the Winter/outdoor for the Summer cat had left a “situation” to deal with.

I was compelled to begin the vacuuming immediately. I spent great deals of physical and mental energy worrying about this sudden problem. We tried various bombs and I used all my free time vacuuming. And that’s when everything else went awry. Because you only have so much energy and daily brain space available. And if you use it to worry and deal with bugs, other stuff gets forgotten.

A grocery list of stresses began to pile upon my once capable head.

The truck got stuck in 4 wheel drive and I thought it was broken.

I drove away from the gas pump with the nozzle still inserted into my tank.

My hip acts up/aches every now and again and chose now to do that again.

A week after I’d written out all the bills, Mark found them in the truck console un-mailed during a holiday weekend. They would have been on time had I not hidden them ??!!

I also had run out of checks and not reordered them.

A gigantic chunk of the dying sycamore fell on our retaining wall.

And the sump pump broke.

And Eamon went back to soccer camp and befell another year of “this is your first sunburn”, followed by an allergic reaction to the sunscreen.

My Virgo self was fighting hard not to have an existential crisis. I wrote little blurbs on Facebook. I listed all the credit card accounts that would need to be contacted. We got a professional bug man to cover the garage with a chemical lake. … And then we found more fleas in the basement.

I needed to go to the bank and get some stunt checks to write two more bills away. And I knew that Miss Nancy at the bank had the same birthday as me. I’d ask her if she was having that kinda week or two too. She looked at me in that kinda “how did you know” look and she confirmed that her last week had been so bad that when the doors were locked at three on Friday, she’d broken down. And I thanked her for sharing that with me. I felt better.

The moral to the story? A story that just keeps going and going day after day. (Because today my husband drove my kid to camp only to discover that I’d written the dates wrong on all the calendars and that camp is next week!) Keep going. Sometimes you are at a deficit and sometimes you have bounty. Sometimes it’s two steps back and one step forward. And sometimes it’s two steps forward and one step back.

If you calculated the average, you’d get life. And I’m alive so I’m not going to complain. Today.

This post from last June entitled Sometimes is a good one to read right about now.

If you enjoyed what you read, subscribe, via the subscription box in the sidebar, to my thrice weekly posts via your email box. And visit me on Instagram to see my daily pictures, friend me or like my page on Facebook. Or come find me on Twitter or Pinterest too. I am always practicing Intentional In-touchness so chat at me please. I live for conversations. 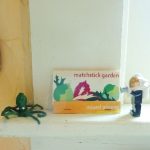 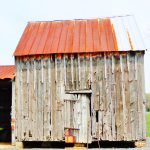 Living and Accepting life in Phases