Seems it’s understood. As a blogger, I am supposed to be a social networking pro, right? One computer skill begets another. If I’m talking, this must mean I’m social media adept. Fact is, I am rotten lousy at this realm of social. Ironic since I was a media major. 20 years ago, I knew something about public relations in television and writing radio ads, but today’s “networking” is a whole new ballgame.

I queried the editors of a baby site to see what their criteria were for being a contributing writer/blogger. Although they mentioned writing style and content, they also mentioned the need for a following. After all, they too are in the business of readership and they need proof you’ll bring it. I know daggone well there are plenty of people have a lot less to say in a less eloquent fashion and have immense followings. Their fans are receiving what they need to return, apparently.

If you know me, you know I am great in a face-to-face conversation and will always ask how your mother’s been feeling or your husband’s business is progressing or your child is doing at college. That’s about you, not me. Frankly, I have discovered I am not so good at creating a “following”. And I think I know why.

Here goes my partial theory. I am not much for reality TV. Oh, I got stuck watching a show on Bravo last night and swore, after I watched it, I’d never do so again. I loved Top Design and its retarded cousin, Design Star. I like an occasional hour of Project Runway or Face-Off. But I promise I’ve never watched an entire “swapping rich housewife or fat people living on islands” show. I don’t feel better or happy or enriched by this kind of programming.

And since I don’t much care about TV personalities and celebrities, I don’t aspire to be one. And I have a hard time asking for the sort of endless attention that you need to ask for to be popular. It’s not that I don’t think I’m cool or interesting or nice. I just don’t feel the need to have you convince me. And there’s my problem. Because no one’s going to give you the recognition you don’t ask for. Or the help. Or the step up or heads up.

So I’ve got a problem, don’t I? I want to be a writer and have people read my stuff. And I want to earn their readership on merit. But my fear of coming off as an ego maniac is right smack dab in the middle of my conscience. It’s a social taboo to say, “I’m great look at me”. So I’m not.

I am willing, however, to make an effort to step out of my shell in a couple of ways. I am going to try posting more tidbits on both blog and Facebook in the hopes of looking less arrogant and more approachable, which I feel I am in real life. And I am going to ask around and see if I can get some social networking counseling. I am not an island and I admit that this may be a necessary step to self-promotion. Maybe someone will be willing to barter with me. Like for a sumptuous home cooked meal? Anyone out there interested? 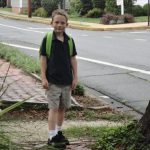 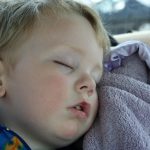 A New Shalavee.com is Born

Emerging from the New Year’s Lull