Did you know that toilet paper has a smell? I guess if I were asked a true or false question as to whether it did or didn’t, I’d have said it probably did. But this week I got a cold and, as usual, we ran out of tissues. My kid is a big tissue consumer without the cold he gave me.

Yes, I grabbed a roll of Cottonelle and started peeling off hunks of its rippled goodness to blow my nose with. Not quite as soft as Puffs Plus but it wasn’t as rough as the paper towels in the kitchen I’d been forced to use for an emergency sneeze. And darned if this TP doesn’t have a slight perfumey smell. Lavender and girly.

The rippled texture of the TP made me think of ruffles potato chips. Ruffles have ridges. What do these things have in common?  They will both end up in the bathroom. Random and disgusting, that’s how our brains work.

Last night I dreamt I looked in the mirror and saw me as Dog the Bounty Hunter. Again, random since I’ve never watched the show, never had bleached blond hair, or worn that much leather. I admit the black eyeliner soaked eyes were familiar from the 80’s. I am great at dream interpretation but this one is lost on me. Happy random weekend folks. 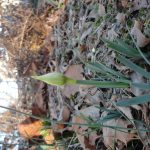 Does It Know Not to Grow? 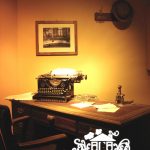