The invasion was imminent and now it has finally happened. Wal-mart came to my little American town. Six months ago they broke ground. Across the road from the Wal-mart, I noticed the obliteration of the “scary playground”, a near thirty year old metal playground in a cluster of pine trees with moss growing beneath them behind the Dunkin’ Donuts. Progress is being made. Resistance is futile.

The mega store had begun negotiations for the local mega store five years ago when I was a shop owner in town. I was quoted at a merchant’s meeting as saying I had no love for the idea. Frankly, all the shops that were represented at that meeting have gone out of business, including mine. The economic downturn did us in before the big bad even got here.

Yesterday, we received a call from a journalism student from the University of Maryland, inquiring about our feelings for the Wal-mart’s opening. My husband began by saying he’d rather have both legs amputated than shop there. He continued by informing her that the employees are woefully underpaid, denied access to healthcare or organization, and generally mistreated. And the company gets rewarded for this somehow.

How low is low enough for our buying power to buy products made, more often than not, outside of the US? And how is it decent to then low-ball the little guys, even companies whose products are privileged to be sold inside Wal-mart? Lucky or out of business? Corporate doesn’t much care. You won’t find my family shopping at “the store that shall not be named”. In America, I am empowered by my freedom to choose. And my choice is a vote for none of this.

I am committed to try to buy locally and to keep the money as close to home as possible. And will probably go to Target if I have a mega store must. I’m cheap as the next gal but I’d like to think I am not going to ever get so desperate for any item that I sell out my principles of fair trade, living wage, health care, and sustainable living to save a dollar. I know too that we respect each others’ choices and opinions because, without them, it’s not a democracy. I hope I have not offended but informed. 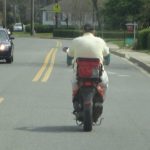 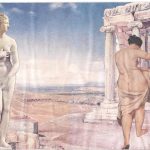 Make Plans with Your Worst Self in Mind