We chose to move to The County, USA because schools were not as scary here and 20 something percent of our taxes go towards the school budget. All has going according to my master plan when our son turned sporting age. Organized sports are apparently the next item on the list of his American life’s expectations. I had no idea what to expect.

Tee ball was innocuous; another Saturday social event as indoor soccer was. Teamwork and passing are the insane concept of adults, not six year olds. But he hit little league age this year. In fact, the son was nine days short of the cut off date. With only one year of tee ball behind him, he became a little guy in the big little league with a team of eight year old ringers.

I defer to my husband in these matters. I love and trust this man. He has great memories of his childhood playing organized sports. The picture of him in his first uniform in front of the garage door of his childhood home is dear to him and me. And since he’s bringing home the bacon money, his schedule takes priority so I agreed to chauffeur my kid to his ball practices.

The little League ball field is Man-world. There are expectations, rules, and must knows I don’t know. These strangers/ fathers / coaches spew a constant stream of critical performance jabber. “Run after you hit the ball and don’t look to see where it’s gone. Be on the base here, be off the base there.”

At practice, my kid took a ball to the face. From behind the fence, I had to judge by their faces whether I should rush his fractured cheekbone to the Hospital. He gained some respect when he fearlessly stepped back up to bat in the next inning. I cringe and have to close my eyes every time he’s near a ball. Afterwards, when he asks me was he the worse guy on the team, I smile and think but don’t say,” No that other little guy sucks worse than you do”.

I told my husband, I love practicing hitting and catching with my kid. And I absolutely hate being stuck with the redneck Dads on the field for an hour and a half as they yell at these little kids. We’ve become the Montessori parents we used to make fun of. I endure because everybody does this. Boys learn to take one for the team and it’s not just for your glory but everyone’s? Or public shame is good? Learning is learning. My lesson is just more painful than I’d expected. Serves me right for having any expectations. I expect it to get easier. Oops, there I go again. 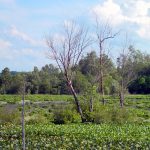 Humanity Has Its Price 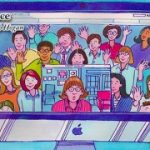