If you read an article I recently had published in the Chestertown Spy entitled Homemade Mistakes, I mentioned “the carpenter with more integrity than any man I know” or something flattering like that. That would be Mr. Neil.

It’s a privilege to know him. He’s a super nice guy. He’s also a former Eastern Shore waterman or guinea-man. And he called us up on the Third to let us know he was going crabbing in Claiborne the next day and we were welcome to join his crew. We had to gather a new crab basket from the hardware store, an inner tube from the local tire store, and a fishing license from the local stop and shop. But then we were on our way.

Forty five minutes and a Dunkin’ Donuts stop later, we were about to embark on our first crabbing with a net and wading in the water experience. We weren’t really knowing what we were getting into but this was adventure, darn it.

The water was bath water warm. I was super freaked out by the seaweed and the occasional jellyfish hanging out casually among the clumps. But once we traveled further out into the shallow open water, it started to become OK. Of course neither I nor my husband knew what we were doing.  Eventually we both got a clue. My kid got Ms. Tyla to let him ride on her new kayak until he felt comfortable enough to walk around.

I anticipated the hurried preparation of German potato salad at home before we’d head to our next Fourth of July destination across the Bay on the Magothy River. Probably could have chicken necked off that pier as well and gotten just as frustrated.  But my husband and I agreed that this crabbing adventure had actually ended up being a very zen experience.  And now we have a license for the year as well as a basket, nets, and an innertube to take a few more stabs at it. Too bad the jellies get worse as the season progresses.

I feel christened as an Eastern Shore resident. Thank to Mr. Neal, or Mr. Nail as my son wrote on the thank you note. Mr. Nail and Mrs. Kayak. And their two happy dogs, Indie and Harley. It was doggie zen zone too.

And for your zen place, I offer this video. 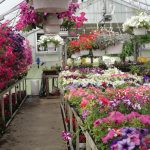