Husband and I had a pow wow after dinner several nights ago. The subject was our whacked out 7 year old. Yeah, I know I said the first week at school was swell and it was. It was the fall-out weekend afterwards that nearly made my brain explode.

I read somewhere that the reason schools are able to keep kids in check a bit better than us at home is because they use positive reinforcements and reward systems as well as negative. Whereas, here at the hacienda, sometimes the beatdown precedes the praise.

I offered to my husband that I noticed our sweet son exhibiting the same breakdown and change of behavior (bad) during the first week of summer. He apparently wanted to know who was really in charge at home because it’s scary having two different arenas with separate rule books.

I posted a question on a baby website bulletin board and have gotten no responses. Then I happened to look in my saved e-mails and found the answer  in something I’d saved. Meanwhile, we the parents, during the above mentioned conversation, devised a plan and I worked on the corresponding chart today.

This is how it works.

One point is earned by doing the following without being asked:

Points taken away for the following:

20 points earned in a week then resets the point clock. You could actually get more. But until the 20 are earned, the adding and subtracting keeps going. 20 points earns a reward such as ice cream, a toy worth $ 5, or a ½ hour extension to bedtime on the weekend. And you can save the points so 40 pts = ice cream with a friend. Only stipulation is that we are the only ones who get to mark the points up on the chart.

The son earned 4 points on the first day, no problem. However, yesterday, after a visit to the library which he’d been patiently awaiting since before Labor Day had darkened it, found him with his head in several books and that is where it wanted to stay. It’s ironic that reading a book can get a kid in trouble. So I figured with the real chart up on the refrigerator, he’ll be looking at the points and perhaps we won’t need the system for too very long.

I have now learned to be ready with something, anything, when the storm hits that first week of summer and the first week of school. And it only took us to second grade to figure this out. Now I must go empty out the artwork/homework/paper-phernalia basket of last year’s papers to start collecting this year’s on top of the fridge. I’ve had a plan for that since kindergarten but just haven’t installed the system very well. Best laid plans. 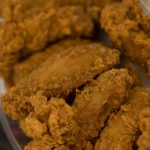 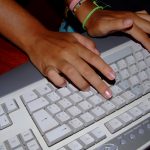